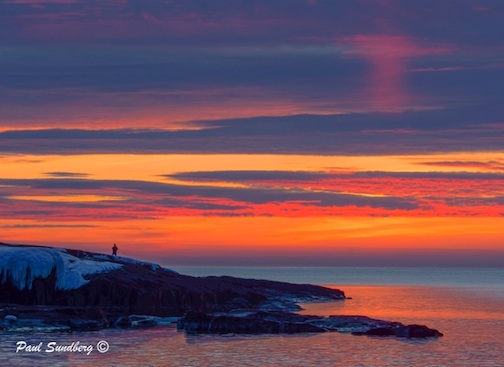 Paul Sundberg took this beautiful photo recently. He said it is the most intense sunrise he’s seen in Grand Marais in years. Enjoy!

Welcome back to NorthShore ArtScene!
It took longer than we expected to change to a new server, but we’re online again! Hope you enjoy this issue.

And please re-subscribe, so we can appear in your email every week. (The sign-up button is in the right column.)

Otherwise, you can find us at www.northshoreartscene.com each week with all the latest North Shore art news & events, art gossip, music and more, as well as lots of beautiful landscape photos.

April is a quiet month in Cook County, as everybody is getting ready for the start of the summer season, but there’s still plenty of great music out there and lots to see and do.

First up is a newly formed duo, “Roddy & Caribou,” (Rod Dockan and Carah Thomas) who will play at the American Legion from 7-9 p.m. on Thursday. Roddy & Caribou will perform there on Tuesday and Thursday nights through the early summer. 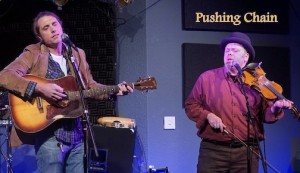 Boyd “Bump”Blomberg and Adam Moe perform on The Playlist on Thursday night. 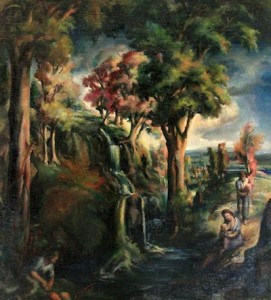 “The Source” by Birney Quick, 1939, is on exhibit at the Johnson Heritage Post.

On Friday, the Johnson Heritage Post celebrates its 25th anniversary with an opening reception from 5-7 p.m. for a new exhibit, “The Permanent Collection.” The exhibit will feature new acquisitions and donations to the Heritage Post, including works by Birney Quick, Anna Johnson, Helga Moe and Mary Pratt as well as others. The exhibit will continue through April 19.

On April 24, Art ‘Round Town (A’RT), a fundraiser for local public art projects, opens with a reception from 5-7 p.m. at the Heritage Post for a three-day exhibit. The opening reception will feature live jazz, hors d’oeuvres and wine. Local artists from every media will display a work in a 12 x 12 square, which will be sold for $100 each. There will be other items in the exhibit as well. Stay tuned for details.

On Saturday, April 4, the annual Easter Egg Hunt will be held at the Cook County Community Center featuring games, food, a visit with the Easter Bunny and hundreds of eggs hidden around the grounds. The event is a fundraiser for Kids Plus. There will also be a raffle. Tickets for the event are $5 per child, $10 per family. The Easter Egg hunt starts at 10 a.m. 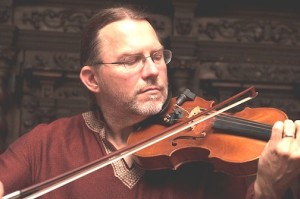 Randy Sabien plays with Chris Gillis and JIm Chenowith for a Spring Dance on Saturday night.

On Saturday night, the North Shore Music Association presents a community “Spring Dance with Randy Sabien & The Unusual Suspects” at North House Folk School from 7:30-10:30 p.m. This should be a fun dance. Sabien, dubbed as the past, present and future of jazz violin, will play with our own Chris Gillis  (keyboards and trumpet) and Jim Chenoweth, an upright bass player who has played for more than 30 years. The trio will play a foot-stomping storm of traditional folk favorites, clever originals and an occasional jazz surprise. For those familiar with dance steps, there will be multiple styles presented, including: swing, 2-step, foxtrot, waltz, polka, and Latin (rumba, cumbia, salsa, and samba). Tickets sold at the door — $10 adults, $5 youth (18 and under.)

Also on Saturday night, Kah Nee Tah Gallery in Lutsen is holding “Women’s Night Out” at the gallery from 5-8 p.m. To sign up, email danielle@kahneetah.com. Complimentary drinks & appetizers will be served.

And on Monday night, Twin Cities guitarist and songwriter Erik Koskinen will be featured at Papa Charlie’s at 8 p.m. in its Songwriter Series. Free.

Also, swing dance sessions start up again with Beginning East Coast Swing dance lessons on April 7 from 7-8 p.m. and an open dance session from 8-8:45 p.m. They will be held at the 4-H Log Building. All welcome. 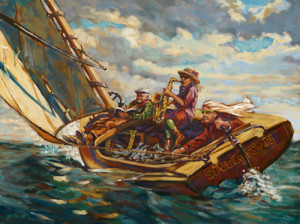 “Catching Some Wind” by David Gilsvik is at Sivertson Gallery.

In other art news, Sivertson Gallery is exhibiting a new painting by David Gilsvik entitled “Catching Some Wind,” a portrait of Howard, Liz and Jan Sivertson in celebration of the 35th anniversary of the gallery.

Lutsen sculptor Tom Christiansen is beginning work on the public art project that will be installed in  front of the Grand Marais Public Library. He is working at Last Chance Gallery and Fabricating, which he co-owns with his wife, Marcia Hyatt. His assistant, Josh Rice, Kathy Rice’s son, is also helping on the library project. The art gallery is open from 10 a.m. to 5 p.m. on Saturdays and “by chance.” 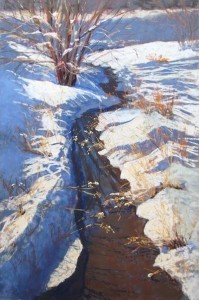 The Grand Marais Art Colony is holding a number of classes in April, including a pottery class with Joan Farnam, a pastel class with Lisa Stauffer, writing classes with Marcia Hyatt and Mary Ellen Ashcroft and many youth classes.  For more information, see www.grandmaraisartcolony.org or its Facebook page.

Lisa Stauffer, who is featured in this month’s newsletter from the Art Colony,  recently won the Best of Show award at the Paint the Point– Winter Edition plein air competition in Mineral Point, Wis. Her painting, entitled “Winter Creek,” was published in the magazine PleinAir Collector. 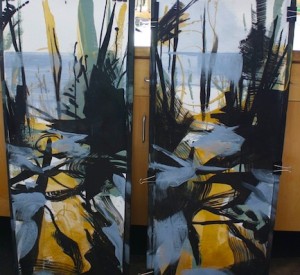 Pictured at left are two of the paintings that Harris completed during his residency.

Bowl turner Cooper Ternes is setting up shop in The Garage, where he will be turning bowls as well as selling some of his work. He expects to be ready to open after Memorial Day.

Also, Tara Block has brought in lots of new beautiful porcelain teacups she made in the ceramic studios at the Art Colony. 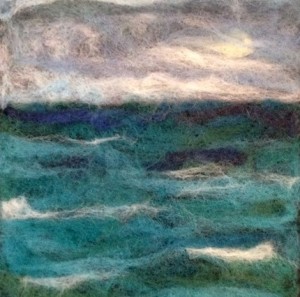 This felted painting by Bonnie Gay Hedstrom is at Kah Nee Tah Gallery.

The Grand Marais Playhouse has announced the cast of “Moon Over Buffalo” by Ken Ludwig, which will be performed during the Summer Theater Festival. The cast includes Bob Carter, Marcia Hyatt, Sarah Stover, Jan Healy, Braidy Powers, Kevin Kager, Sarah Metis and Tom Christiansen. It is directed by Sue Hennessy.

“Moon Over Buffalo” will be performed in repertory this summer with “I Love You, You’re Perfect, Now Change,” a musical with Mark Abrahamson, Rose Arrowsmith DeCoux, Jack Nickolay, and Karina Roth, with Kay Costello on piano and Daniel Dittmanson on violin. 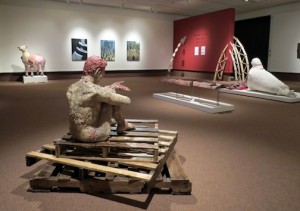 In Thunder Bay, the Lakehead University Studio Exhibition continues at the Thunder Bay Art Gallery through April 12, and the Kim Adams installations are up through May 24.

Three exhibits continue at the Definitely Superior Art Gallery, 250 Park Ave., in Thunder Bay, following the successful opening during their Urban Infill–Art in the Core 9 last weekend. More than 350 artists participated in 18 projects in the Waterfront District during the event, drawing hundreds to see and experience the art, music and performances. The current exhibits at Def-Sup include a video installation by Kelly Richardson, “Contemporary 14,” from the collection of Dr. Bob Chaudhuri and sculpture by Brandon Vickerd. The gallery is open Tuesdays through Saturdays from noon to 6 p.m.

For the quirky cat-video lover, the Duluth Art Institute is bringing the Walker Art Center’s International Cat Video Festival back to Duluth. There will two showings at the Zinema 2 at 7 and 9 p.m. on Monday, April 6.

The 2015 iteration of this event features a new selection of videos curated by Will Braden, the creator of the Henri Le Chat Noir videos and recipient of the festival’s first Golden Kitty (People’s Choice) Award. Participants are encouraged to get dressed up like a cat for the festival.

There’s a fun video about the International Cat Video Festival. Check it out here.

Truth be told, there are lots of great photographs that have been taken in the last month. Here is a small selection. Enjoy!

Jamie Rabold took this incredible photo at the ice caves at the Apostle Islands National Lakeshore when it opened briefly this winter. He burns steel wool and then “spins” it, capturing wonderful movements of fire, which, in this case, are reflected off the ice. 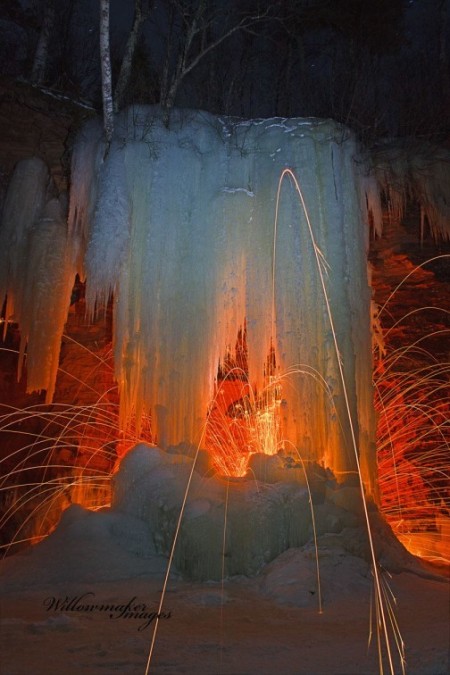 Fire — now ice –Norman Larsen sent us this photo of  the Hovland dock surrounded by a broken ice pack on a very gray day. 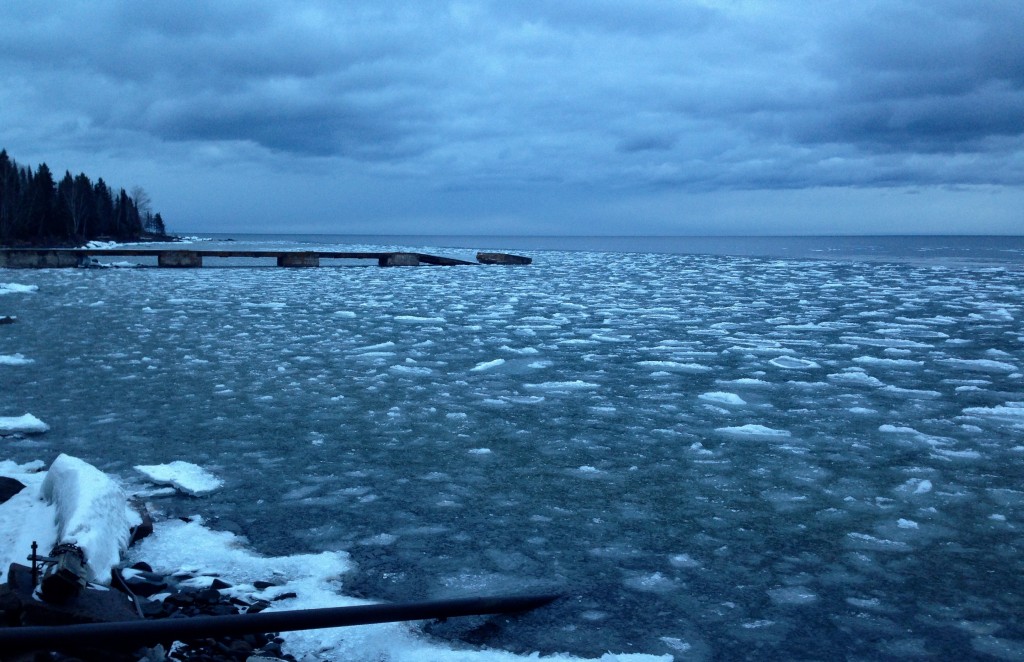 We received some wonderful shots of last month’s full moon. Here are two of them. 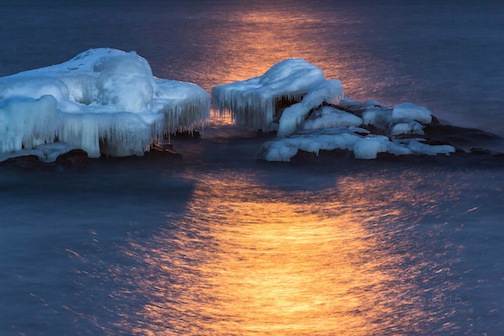 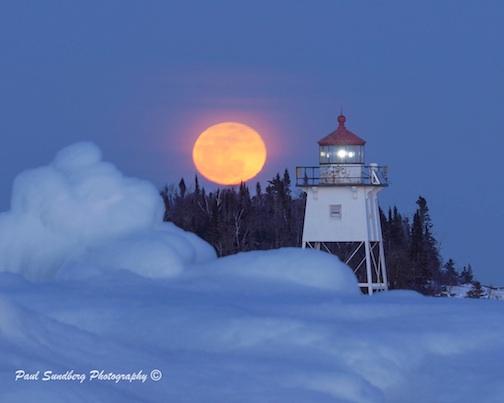 We found some pretty amazing northern lights photos, too. 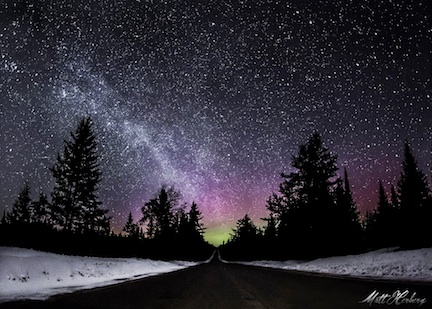 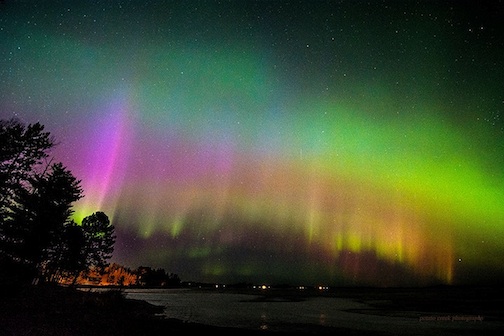 Photo by Kirk Schleife, taken by Island Lake near Duluth. 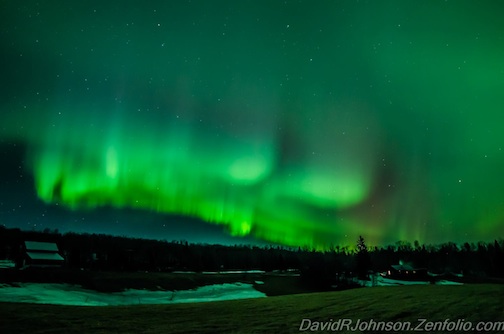 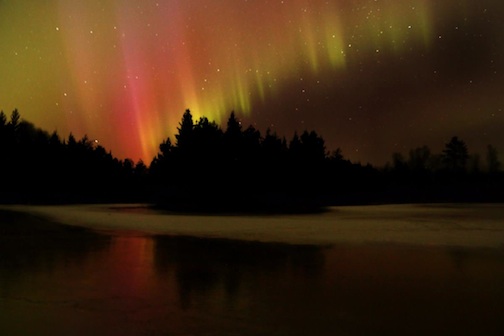 And the skies were clear enough to see the Milky Way. Here are a few beauties. 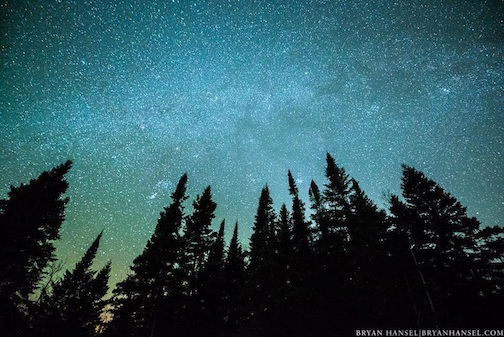 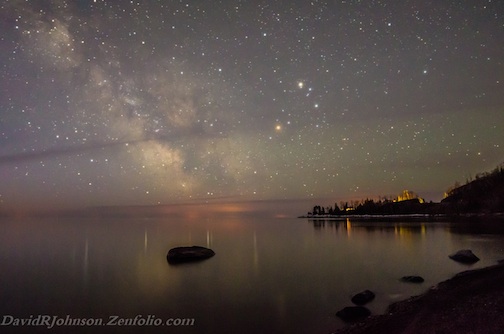 And this classic Lake Superior in early spring is by Sandra Updyke. 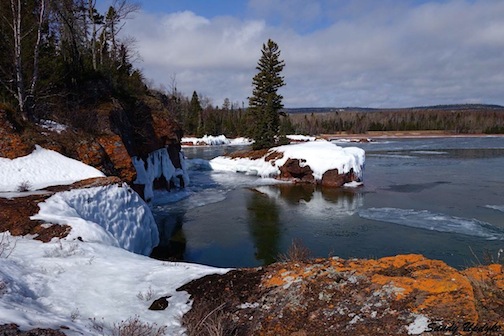 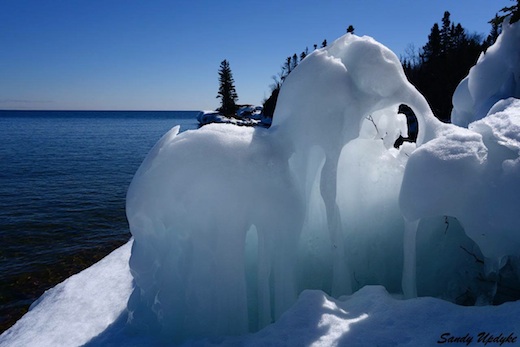 Two ice elephants having a chat, by Sandra Updyke.

And last, but not least, Kelly Marquardt posted this powerful image on her Facebook page. 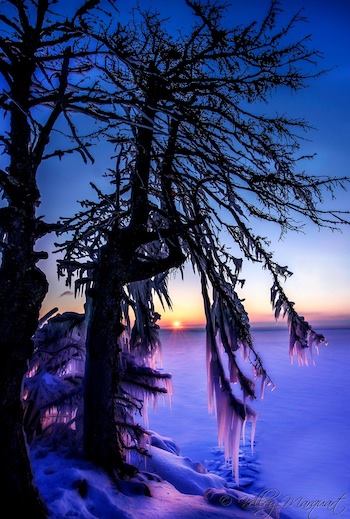