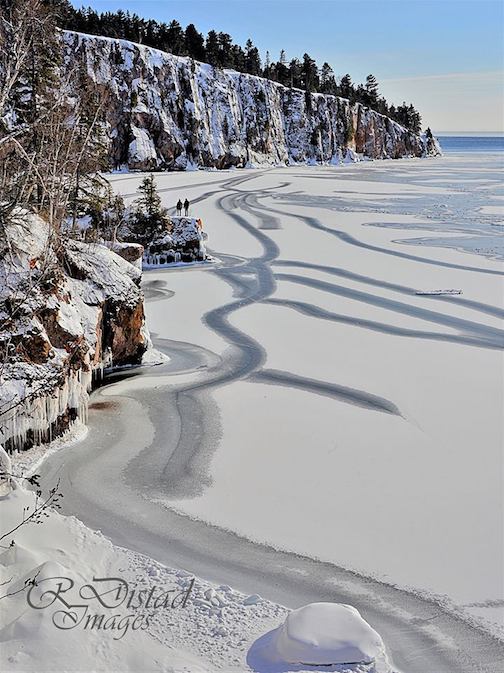 Lady Superior is an artist and this is one of her beautiful paintings by Roxanne Distad.

These are the fine days of winter — lots of snow, a warmer sun. longer days and lots to activities in Cook County.

First up this week is an Open Carving Night at North House Folk School. The event, which is part of North House’s Wood Week, invites members of the community as well as participants in the Wood Week classes and workshops to an evening of carving starting at 7 p.m. 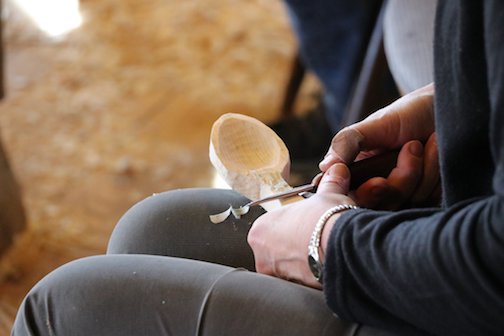 North House will hold an open carving night at 7 p.m. on Thursday. Participants are invited to bring their projects and tools.

Bring your own small carving project and hand tools and join in the fun of Wood Week at North House. Check the website for more details on Wood Week events here.

And this is season for the Grand Marais Playhouse‘s Community Youth Play. This year, they will perform the musical “Quilters,” based on a book by Molly Newman and Barbara Damashek, with lyrics and music by Barbara Damashek. 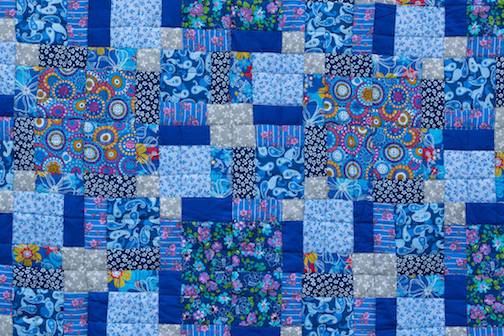 The musical ‘Quilters” opens at the Arrowhead Center for the Arts on Thursday. Performances are Thursday through Sunday through March 17.

The musical will feature lots of great voices and live music. Performances are at 7 p.m. Thursdays through Saturday and at 2 p.m. Sundays. The play continues through March 17. Tickets are $10 adults, $5 youth (12-17) and $3 Child (under 12). They are available at the door.

On Friday, Corrie Steckelberg, who is a Juried Artist in Residence at the Grand Marais Art Colony, will hold an open studio from 9-11 a.m. in the Founders Hall. 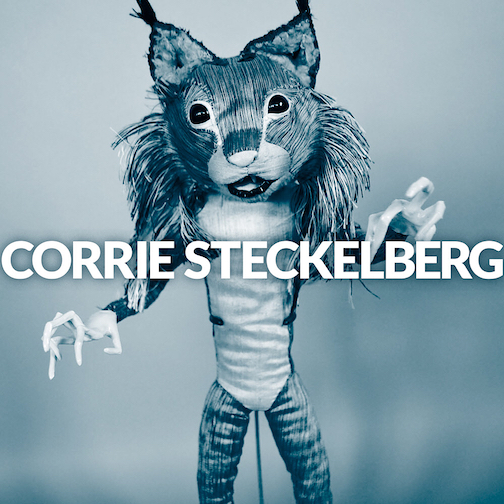 Corrie Steckelberg is an artist in residence at the Grand Marais Art Colony, where she will be working on her life-size fabric sculptures. An open studio will be held at the Art Colony to watch her work from 9-11 a.m. on Friday.

The event is open to the public.

This is the weekend for lots of outdoor activities, too. On Saturday, Skyport Lodge offers sled dog tours with their resident musher, Adam Treful, all day long. There will be a bonfire in the front yard, too.

Also on Saturday, there will be Snowmobile Races on Poplar Lake and music in the evening at Poplar Haus by The Sprigs.

On Sunday, one of the highpoints of winter: The Dog Days of Winter, Sled Dog Derbies and Skijoring Races at Trail Center Lodge. Plan on a great time watching the excitement as dog lovers of every age get out there and race their dogs. 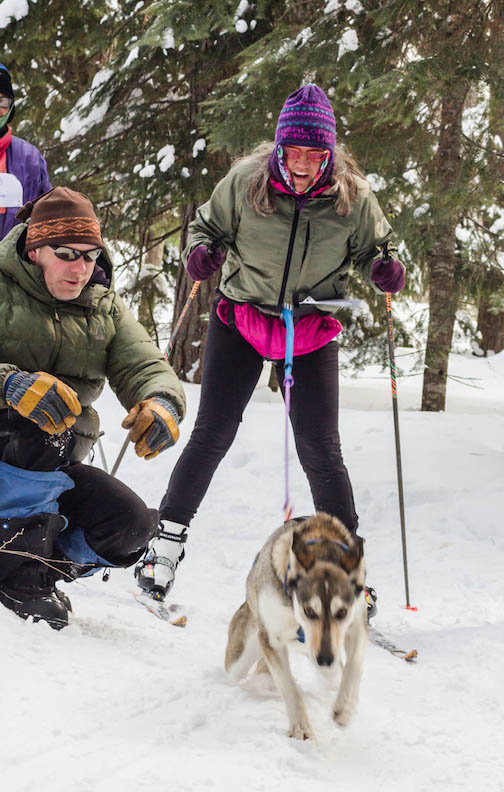 The Dog Days of Winter will be held on Sunday at Trail Center Lodge featuring lots of different dog races. Photo by Thomas Spence.

Volunteers are still needed to help out with event. For all the info, click here. Here’s a video of some of the action last year:

On Tuesday, the newly formed North Shore Artists League will hold its monthly meeting at the Johnson Heritage Post from 11 a.m. to 1 p.m. All artists are invited. Free.

On Tuesday night, March 12, Corrie Steckelberg and printmaker, Christine Forni, who is also a Juried  Artist in Residence at the Grand Marais Art Colony this week, will talk about their work at the Wunderbar.  Entitled “Party with a Purpose: Meet the Art Colony’s Artists-in-Residence,” the event will feature wine tasting and a chance to purchase a bottle or a cocktail as well as talks by the artists about their experience at the Art Colony. The Party runs from 5:30-7:30 p.m. All invited.

Deadline: Artists who plan on participating in “Thin Places,” a community art exhibit organized by the Spirit of the Wilderness Church, must bring their artwork to the Johnson Heritage Post from 9 a.m. to 4 p.m. on Wednesday, March 13. The exhibit opens with a reception from 5-7 p.m. on Friday, March 16.

The Art of Healing, an exhibit organized by the Violence Prevention Center, continues at the Johnson Heritage Post through Sunday, March 10. This is an amazing exhibit, featuring work in a variety of media by professional as well as amateur artists, all working to the theme of art as healing. Here are just a few of the pieces you will see in this exhibit. 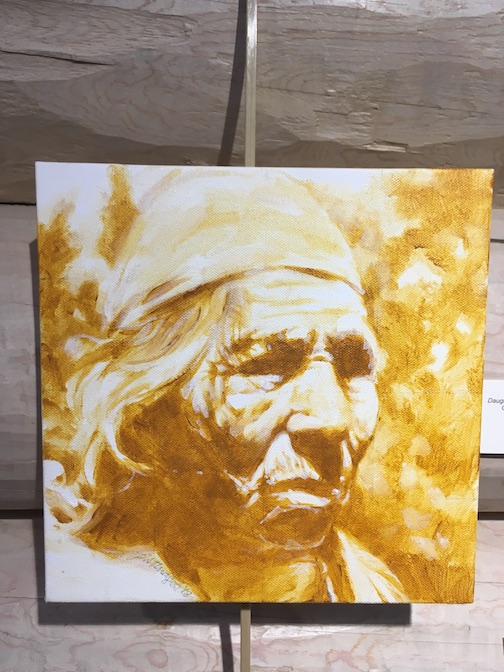 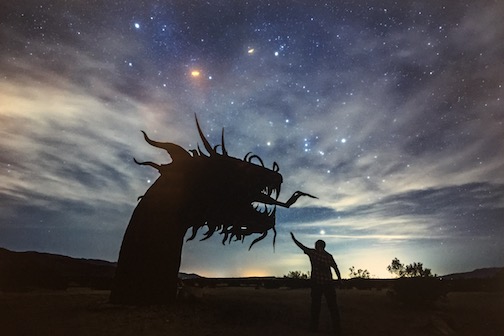 “Taming the Dragon” by Travis Novitsky is at the Johnson Heritage Post. 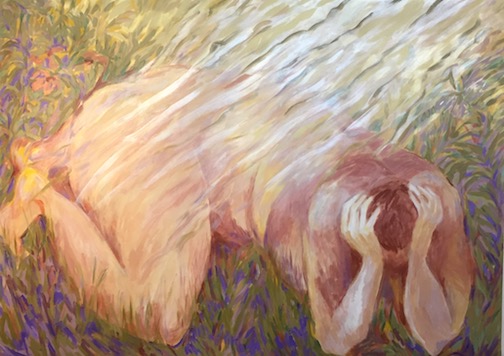 Mourning II (From the Resurrection Series, 2010-2017) by Hazel Belvo. One of a triptych. The pieces are at the Johnson Heritage Post through March 10.

A new exhibit has just opened in the halls of the Cook County Courthouse. 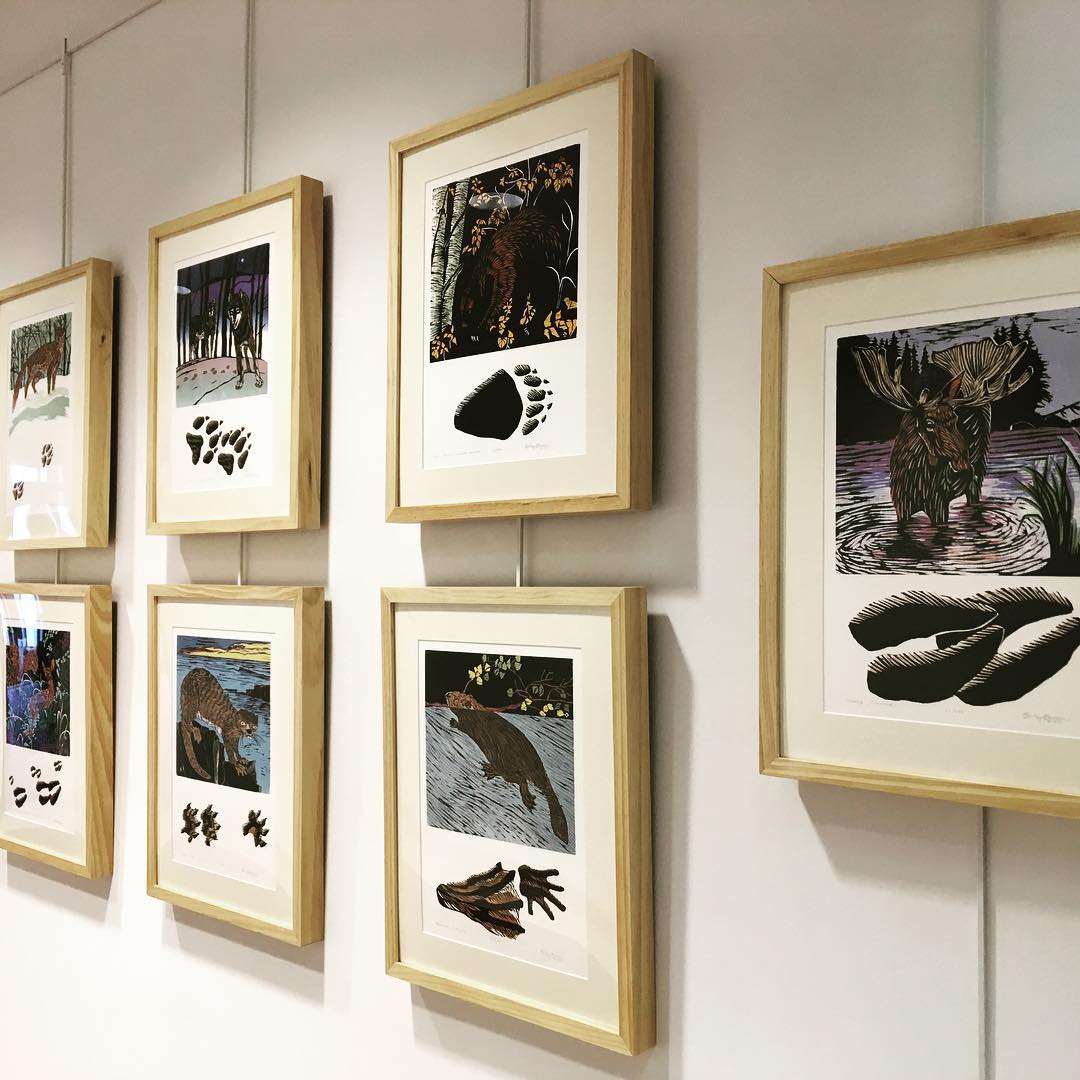 Tracks in the Wild woodcuts by Betsy Bowen are now on exhibit at the Cook County Courthouse.

Woodcuts from Betsy Bowen’s “Tracks in the Wild” will be on exhibit for the next few months.

The Cedar Coffee Company in Two Harbors has opened a new exhibit work Devin and Brighid Getten. Devin is a photographer, Brighid is a multi-media artist. 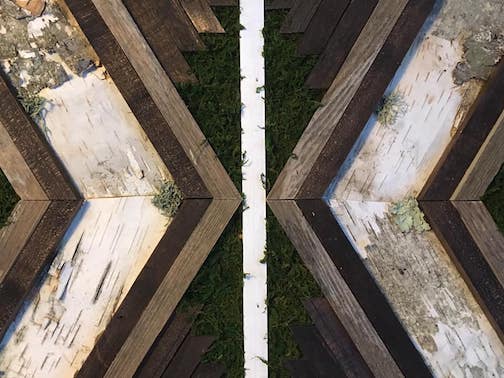 An exhibit of work by Devin and Brighid Getten has opened at the Cedar Coffee Company in Two Harbors.

An artists’ reception will be held at the Coffee Company from 5-7 p.m. on Friday, March 8. The exhibit continues through March.

The Tweed Museum of Art continues its exhibit “Space: Time & Place,” a selection of photographs from its collection. 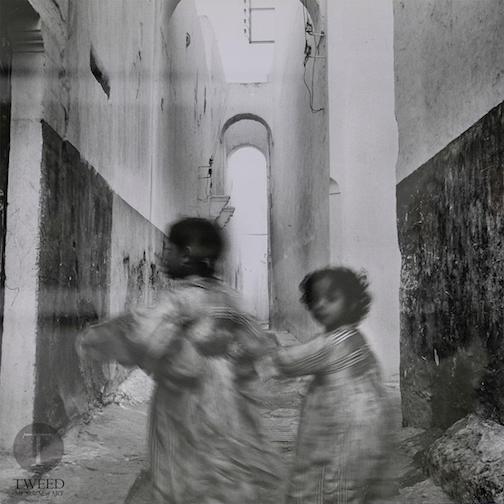 Photograph by Irving Penn. “Running Children in Rabat, Morocco,” is in the Tweed exhibit.

A reception to honor illustrator and painter, Keith Morris,  and photographer Jim Ringquist, both of whom have been exhibiting their work at the North Shore Hospital & Care Center this winter, will be held from 5-7 p.m. on Thursday, March 14. All invited.

Jim Ringquist has a number of large-scale photographs on exhibit at the North Shore Hospital.

And the opening reception for Masterpiece Art, paintings and drawings by students at the Silver Bay Elementary School inspired by the word of the Masters, will be held in the Great Hall at Tettegouche State Park at 7 p.m Friday, March 15. Stay tuned for details. 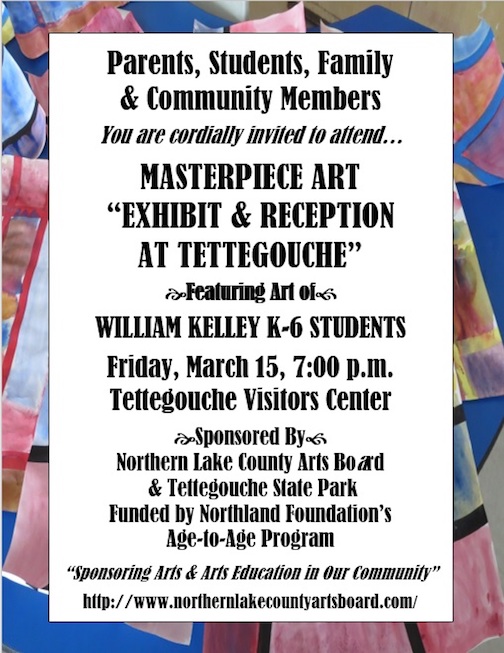 The opening reception for Masterpiece Art will be held at Tettegouche State Park at 7 p.m. March 15.

Here’s a chance  to listen to a great interview on WTIP Community Radio  with Michael Bazzett, a poet with Cook County connections and accolades from New York City. 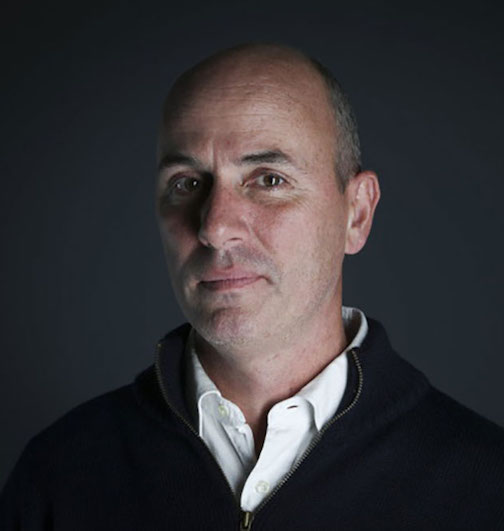 Michael Bazzett’s book of poems, “Popol Vuh” was selected by the New York Times as one of the top 10 books of poetry in 2018. (Photo courtesy of the Star Tribune)

Bazzett’s book of poems, “Popol Vuh,”  a translation of the Quiche Maya creation story, was selected by the New York Times as one of the 10 best poetry books in 2018,

Click here to listen. The interview is a little more than 15 minutes. He talks about his life as a poet and why he wrote this book, and reads a selection from it.

We found some great photos this week. Let’s start with wildlife: 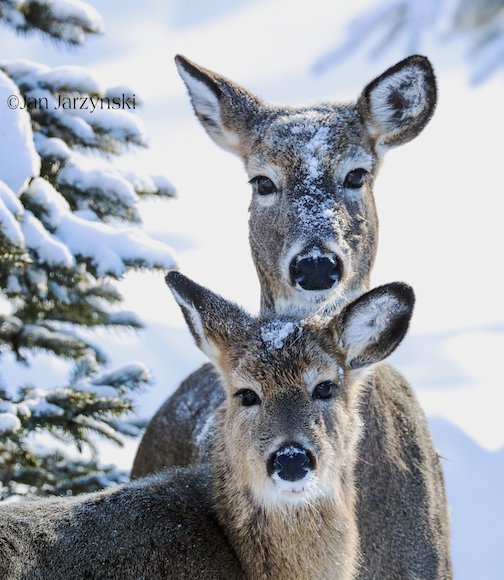 Mother watching over her young by Janet Frederick Nelson. 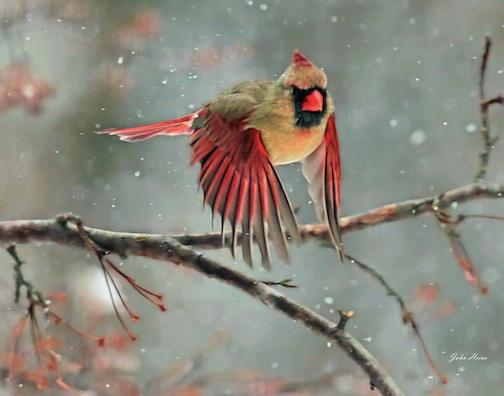 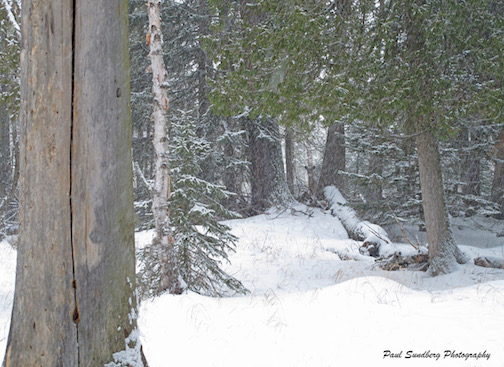 Deer in her winter land by Paul Sundberg. 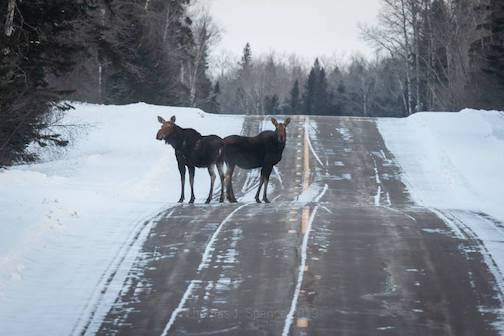 We’re not sure if this qualifies as wildlife, but it’s pretty wild. 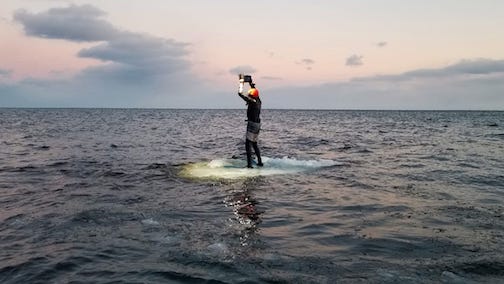 And then, there was snow. 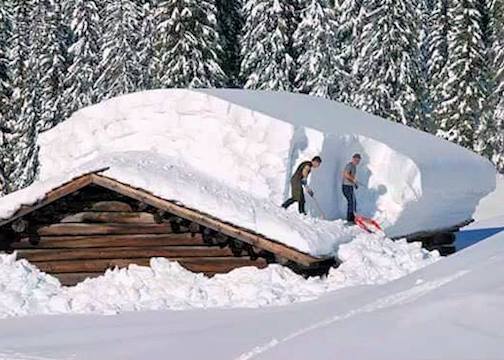 Snow on the roof of a house in New Brunswik Canada, courtesy of Robin Steeves.

Jean Fitts Cochrane posted this photo the other day. She calls this wolf “Platterpaws” and she said they see his marks frequently on their ski trails. 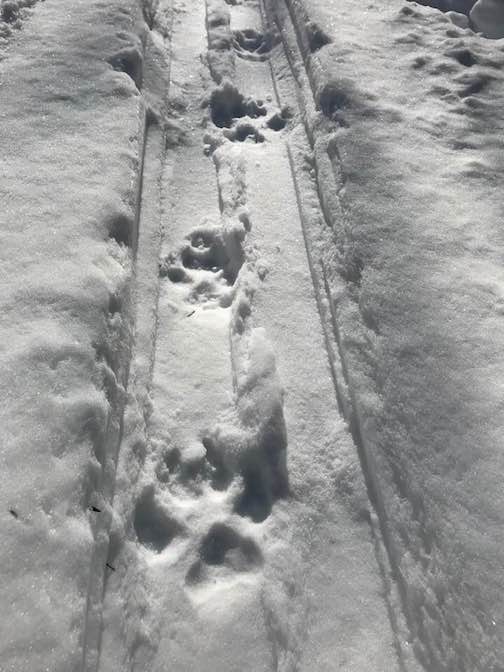 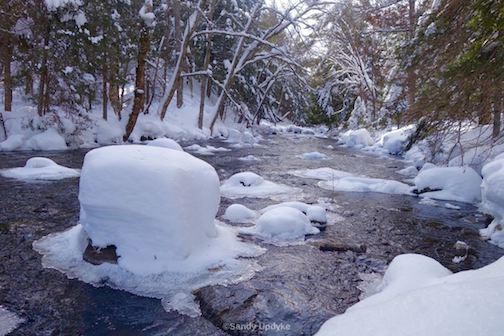 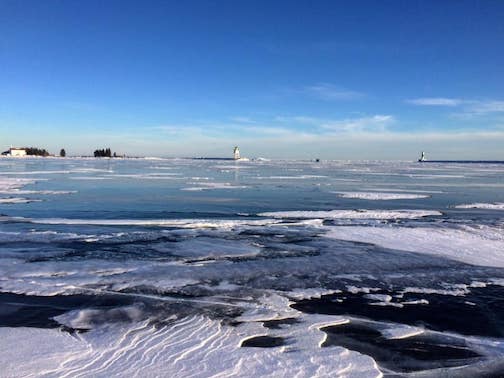 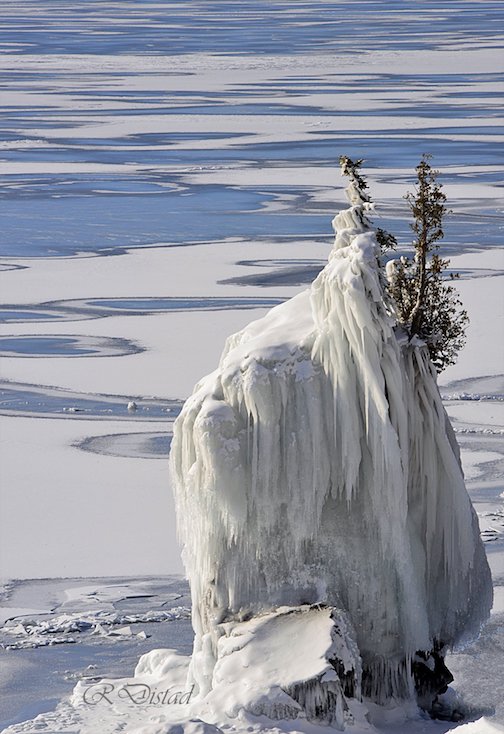 Behind the Sea Stack by Roxanne Distad. 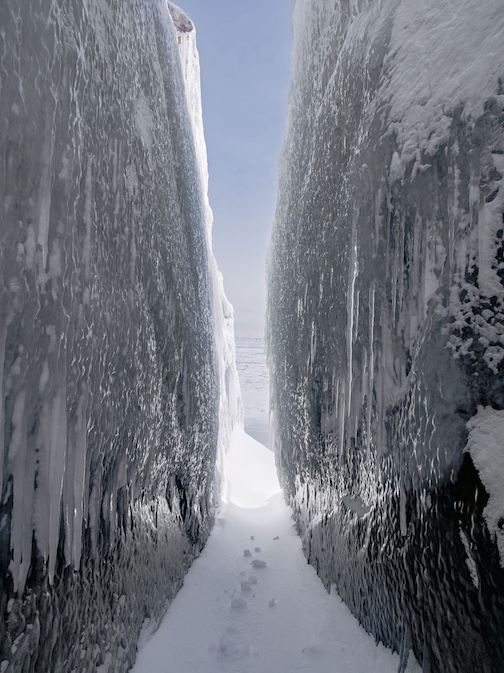 Went for a walk on Monday by Mark Tessier. 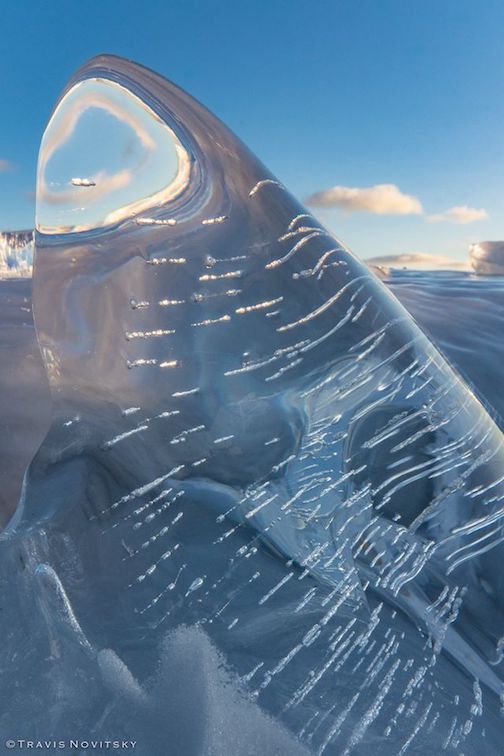 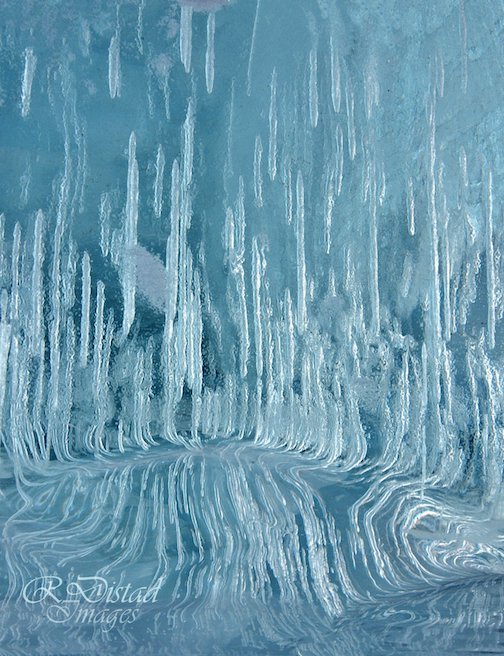 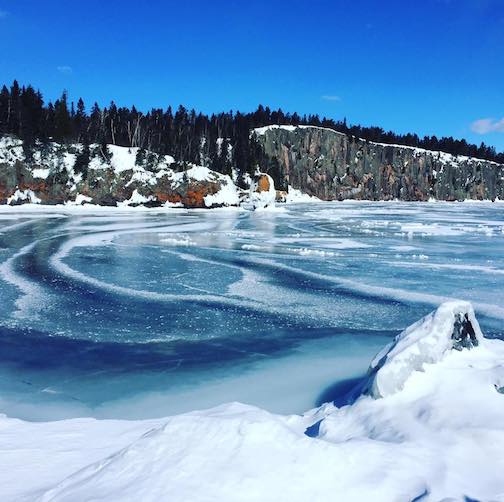 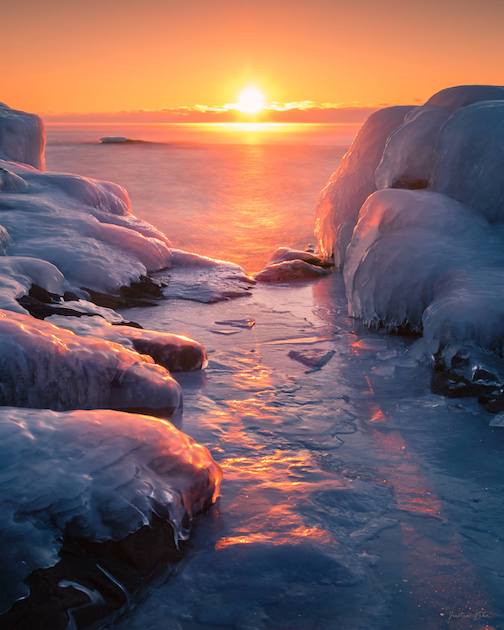 Next post: St. Urho and St. Patrick, The Quilters and More

Previous post: The Sones of Mexico, Art of Healing and Lake Trout