What’s Up In Cook County 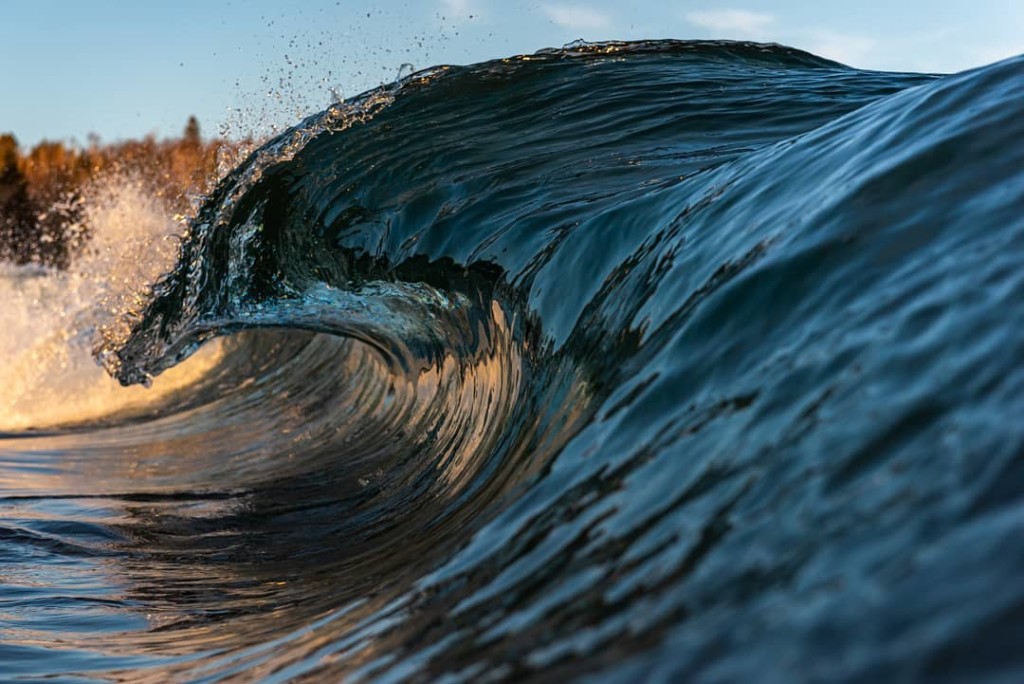 “Big Blue” by Christian Dalbec.Dalbec is currently showing his photographs in the Great Hall at Tettegouche State Park.

It’s clear we’re in for another busy week on the North Shore. In fact, there are activities and events for all ages.

First up, the  Story Scouts Club, a free, fun, kids’ Pop-Up Publishing Club that opens Thursday, March 12, in the lobby of the Cook County YMCA in Grand Marais. The Story Scouts Club offers child authors and illustrators the chance to write and/or draw messages to share with the world. 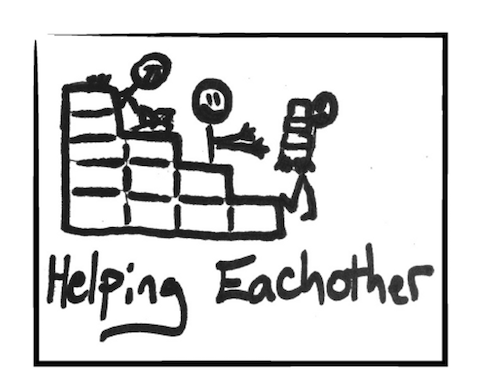 The first Scouts Story Club will meet in the lobby of the YMCA from 3-7 p.m. Thursday, March 12. The club is open for kids in grades 2-8 and will meet every Thursday through May to write/illustrate messages to the world.

Staffed by award-winning author, publisher and science writer, Anne Bratass, who is also a part-time Grand Marais resident, the Story Scouts Club will meet for the first time at the YMCA from 3-7 p.m. on Thursday, March 12,  and then every Thursday through May. Kids from grades 2-8 are invited to stop by the pop-up table and see what’s happening. To learn more about the  Story Scouts Club and Anne Bratass, click here.

Also on Thursday, Over the Waterfall will play for a Contra Dance in the Blue Building at North House Folk School from 6:30-9 p.m. 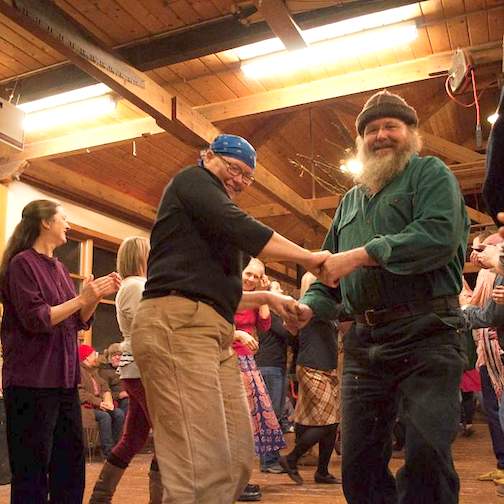 A Contra Dance will be held in the Blue Building at North House Folk School from 6:30-9 p.m. on Thursday, March 12.

.This is a community dance and open to everyone. There will be live music and a caller to teach you, no experience needed. No partner is required, either. Easier, more family friendly dances will be featured at the start of the night. Come alone or bring a friend and warm up on a cold winter night. There is a $5-$10 donation at the door.

On Friday, The Hub/Senior Center will hold Friday Matinees movie starting at 12:45 p.m. Free, open to all, and popcorn is included.

Also on Friday, the Grand Marais Playhouse opens “Cinderella Tales,” a Community Youth production featuring a cast of 25 from grades 3-8. 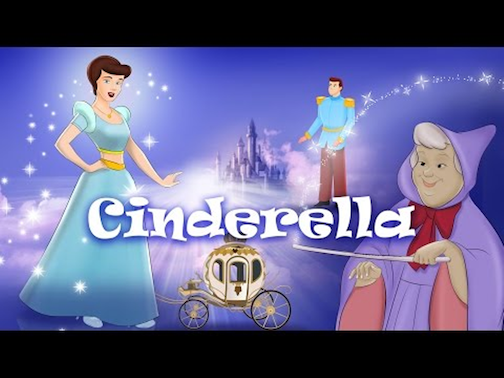 Cinderella Tales, a production of the Grand Marais Playhouse will be performed this weekend only at the Arrowhead Center for the Arts. Showtimes are at 7 p.m. Friday and Saturday, 2 p.m. Sunday.

The play was written by Rose Arrowsmith DeCoux and is based on Cinderella tales from Egypt, China, Norway, Germany and Russia. Besides a talented group of young actors, the play also features lots of trolls and puppets made by local artists. It should be fun. The play will be performed this weekend only, with shows at 7 p.m. Friday and Saturday and 2 p.m. Sunday. Tickets are $12 adults, $5 youth and $3 under 12. Advance tickets available online at grandmaraisplayhouse.com

And not to forget, this is St. Patrick’s Day weekend, so plan on visiting Cascade Lodge on Saturday starting at 3 p.m. for an Irish celebration. 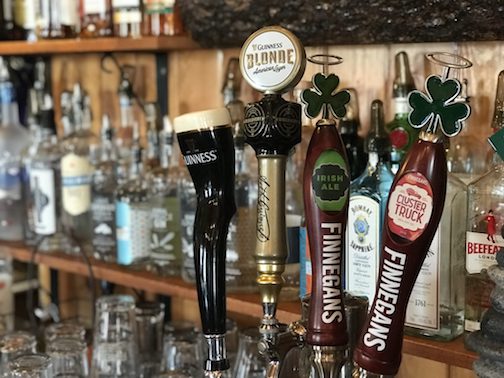 The live music starts at 3 p.m. on Saturday. The lodge will also feature a special Irish menu all weekend.

On Sunday, the Spanish class at Cook County Higher Ed is hosting a screening of the  Spanish film “También la lluvia” (Even the Rain)  starting at 2 p.m. This award-winning film tells the story of a Spanish film company that goes to Bolivia to make a film about the colonization of the New World and discovers that not much has changed. It’s a powerful, many layered film. The film has English subtitles so those of varying Spanish language skills can participate together. Carrie Jansen will be a host during the event to answer any Spanish language questions that come up. She will also be providing a handout that includes some items to consider while watching it.

Check out the trailer below:

On Monday, Haley (Bonar McCallum) will be featured at Papa Charlie’s in its Songwriter Series starting at 8 p.m. 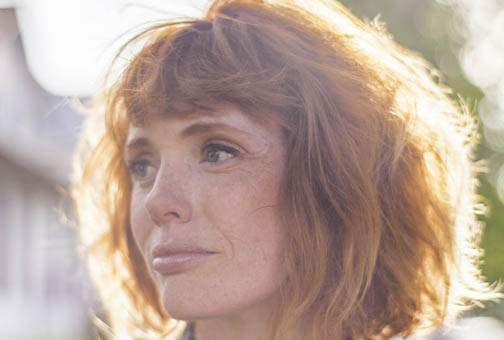 Haley (Bonar) will be in concert at Papa Charlie’s for its Monday Songwriter Series. The music starts at 8 p.m.

In an effort to create the listening room environment, Papa Charlie’s asks all guests in the main room to limit conversation during the performance. All invited. Free.

Landscape painter Rita Corrigan continues her exhibit at the Johnson Heritage Post. The exhibit, entitled “Northern Landscapes,” features a variety of work from all of the seasons on the North Shore. 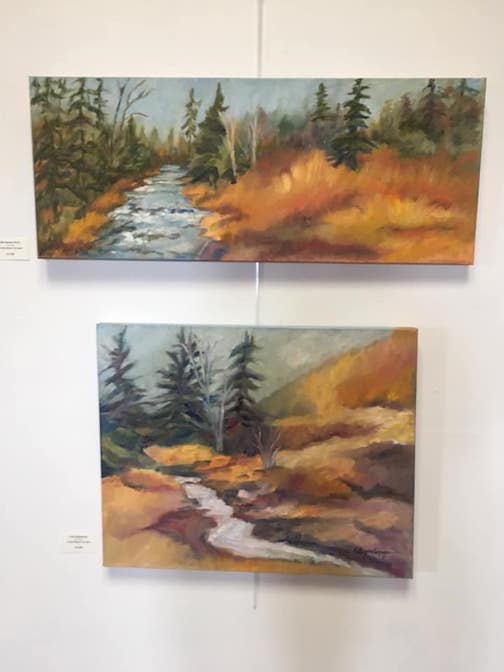 Landscape painter Rita Corrigan is exhibiting her work at the Johnson Heritage Post.

The Heritage Post is open from 10 a.m. to 4 p.m. Thursday through Saturday and from 1-4 p.m. Sunday. The exhibit continues through April 5.

Members of the Northwoods Fiber Guild are exhibiting work at the Cook County Courthouse for the next few months. The works include everything from bead paintings to quilts. 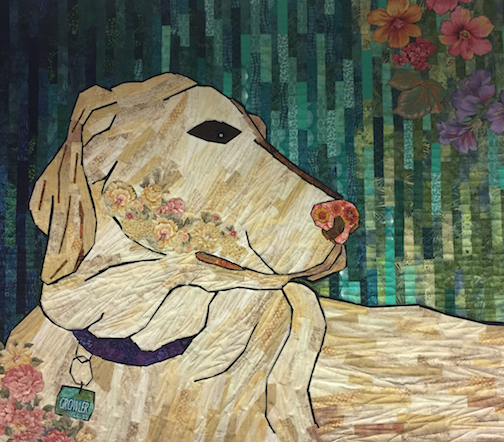 “Best Friend.” This quilt by Carol Morgan is on display at the Cook County Courthouse.

Nan Onkka is exhibiting her prints at the North Shore Winery through March. 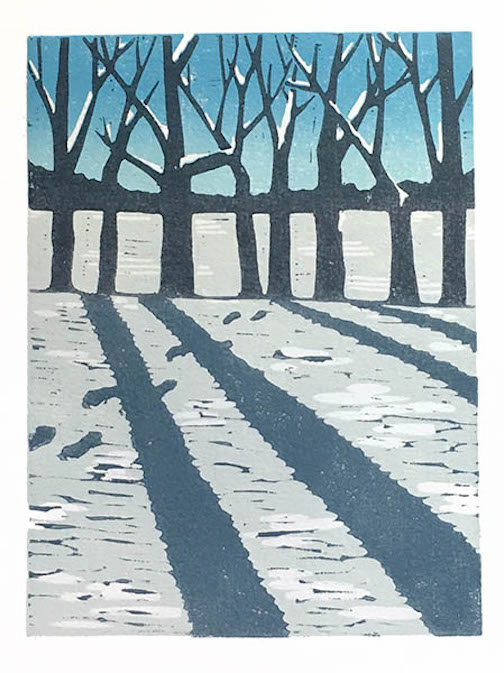 “First Snow.” Print by Nan Onkka. She is currently exhibiting her work at the North Shore Winery.

Two Harbor photographer, Christian Dalbec, has a show of his photographs in the Great Hall at Tettegouche State Park this month.

A great selection of Christian Dalbec‘s photographs are on exhibit at Tettegouche State Park through March. (Photo by Don Davison.)

The Duluth Art Institute will hold Artist Talks from 5-7 p.m. on Tuesday, March 17, featuring a number of artists who are exhibiting in the galleries there. 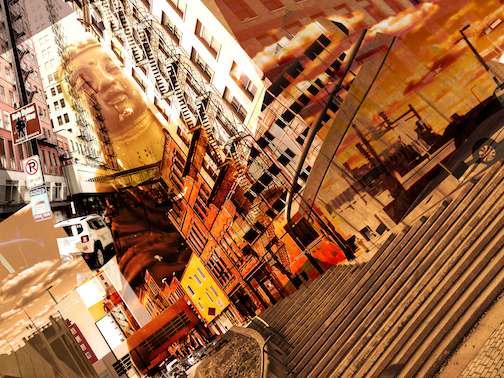 “Somewhere Downtown with Buddha #12″ by Michael Dahman is one of the works in the Emerging Photographers show at the Duluth Art Institute.

Ely artist Andy Messerschmidt is also exhibiting work at the Duluth Art Institute this month and will be presenting at the Artist Talk on March 17. 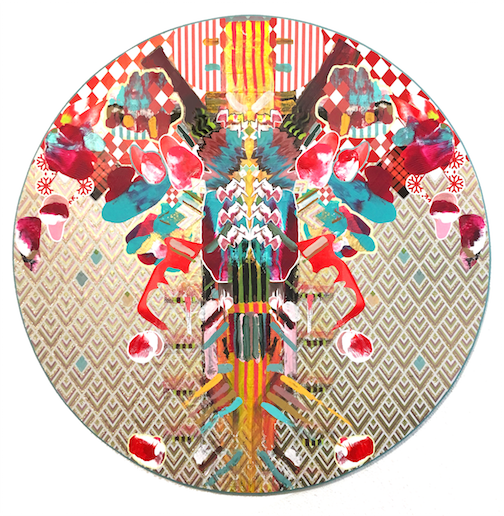 “Morecore” by Andy Messerschmidt, is on exhibit at the Duluth Art Institute.

Messerschmidt operates the Ornamental Hermit Studio in Ely, where he creates and displays his artwork. Represented throughout the United States and abroad, he has appeared in multiple solo and group shows, including being awarded first place in the 2012 Arrowhead Regional Biennial.

Ojibwe artist Shaun Chosa is exhibiting at the Duluth Art Institute with acrylic paintings from his series, “War Paint.”

Chosa writes: “War Paint is a social commentary on popular culture and its intersection in Indian country. Some blatant, some coded in ways only those people growing up on the Red Road would understand.”

Chosa will also attend the Artist Talk at the Art Institute on March 17.

The Lakehead University Honours Exhibit is currently on view at the Thunder Bay Art Gallery in Thunder Bay this month, featuring a wide variety of work. 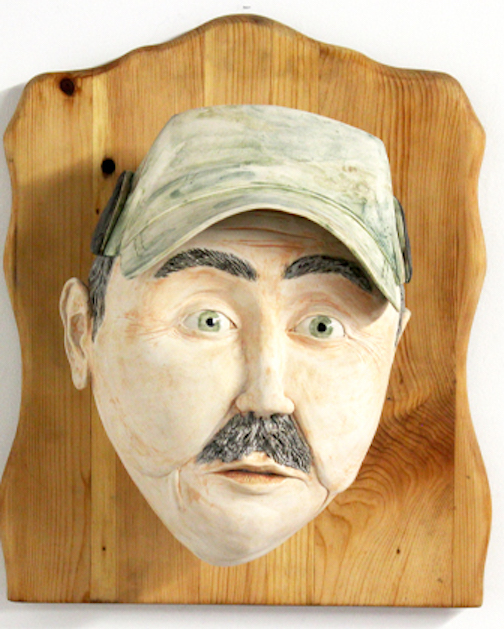 “Trophy,” ceramic and wood, by Katy Poirier, is one of the pieces in the Lakehead University Honours Exhibit at the Thunder Bay Art Gallery.

The exhibit is a culmination of what the fourth year honours students have worked towards since their first year. Much of their work explores complex emotions and their identities in relation to their heritage or experiences. The exhibit continues through March 29.

Set deep in the traditional territory of the Tahltan First Nation, this documentary captures beauty and complexity as one of Canada’s vast wildernesses undergoes irrevocable change. An art film with politics, drama and humour, “KONELĪNE: Our Land Beautiful” explores different ways of seeing – and being.

Check out the trailer here:

The film is free and will be screened in the Blue Building. Popcorn is provided.

Staci Lola Drouillard’s “Walking the Old Road: A People’s History of Chippewa City and the Grand Marais Anishinaabe” is now available as an audio book. Drouillard reads the book herself. The recording was produced by Cathy Quinn. 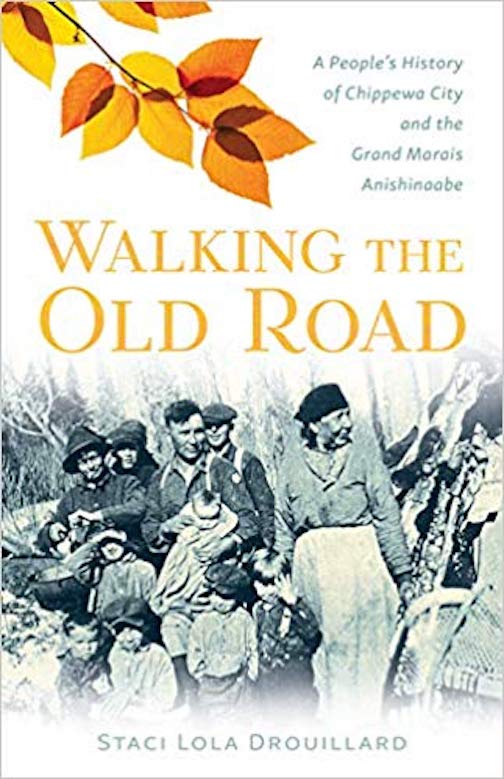 Staci Drouillard’s “Walking the Old Road” is now available as an audio book on Amazon.com Drouillard reads the book herself.

You can order the audio book here:

We were lucky to find some great photographs again this week. Here’s a selection: 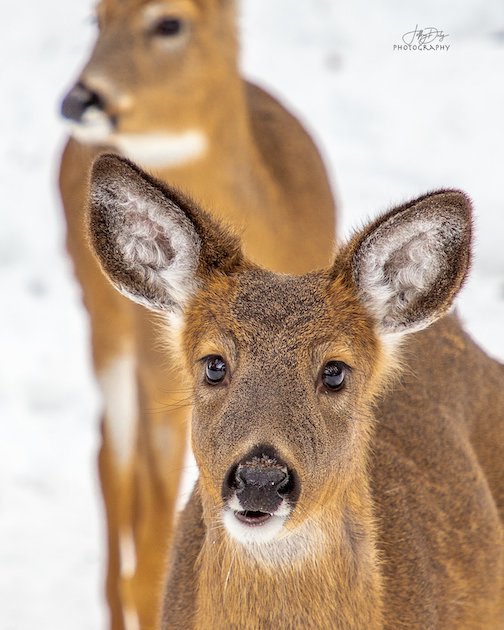 Waiting for Spring by Jeffrey Doty. 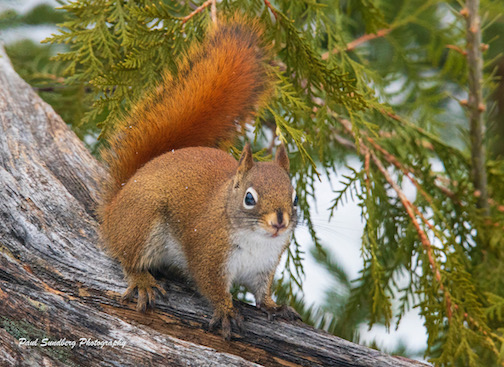 Red Squirrel by Paul Sundberg. Sundberg saw this squirrel scramble out of the way of a hungry Pine Marten last week. As of Wednesday of this week, the squirrel is still in top form. 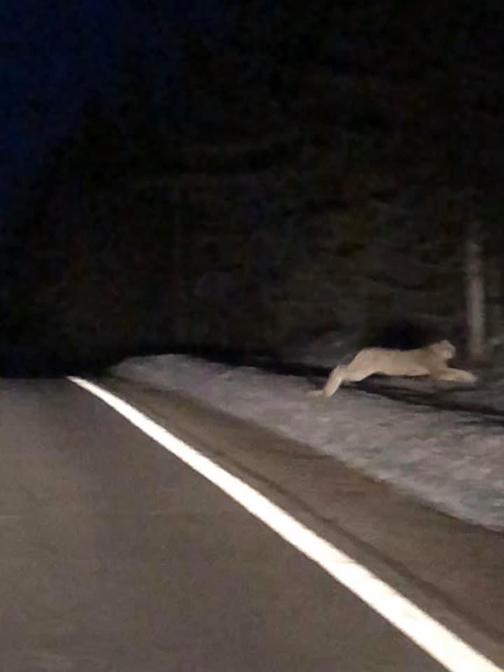 Check out this photo of a wolf and two coyotes, just to give you an idea of their different sizes. We couldn’t find who took this photograph or where it was taken,  but we are pretty sure it wasn’t staged. 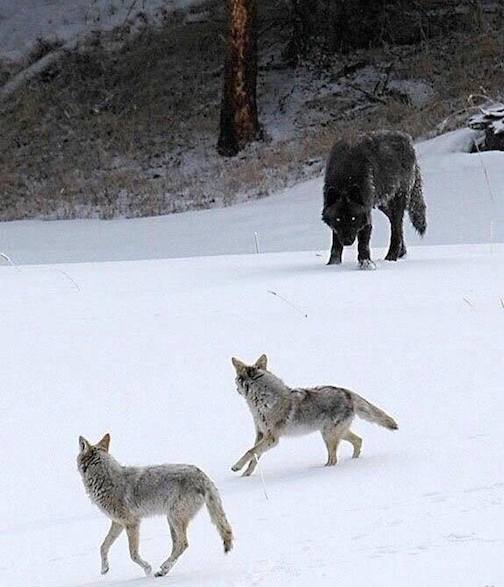 “Oops. We’re out of here. ” Wolf vs. Coyote. Photographer unknown.

We found some beautiful full moon shots, too. 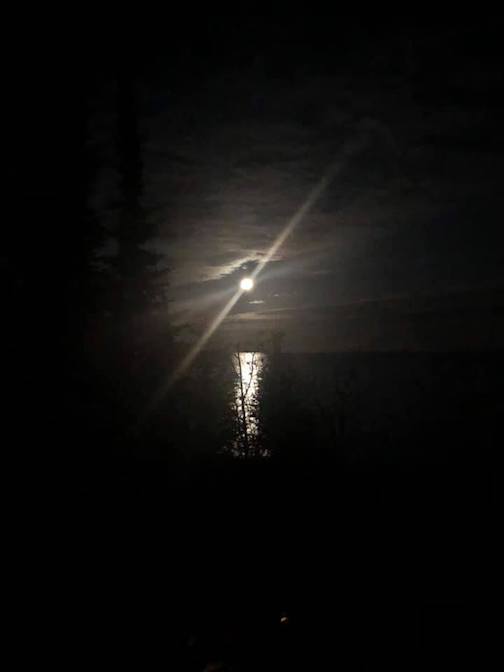 The full moon over the lake last night by Lin Salisbury. 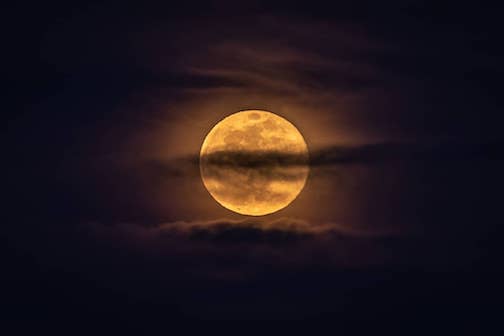 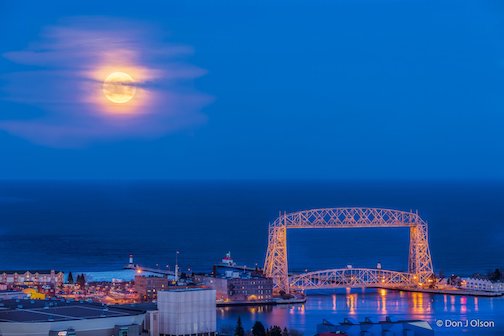 The first supermen of 2020 by Donald Jay Olson. 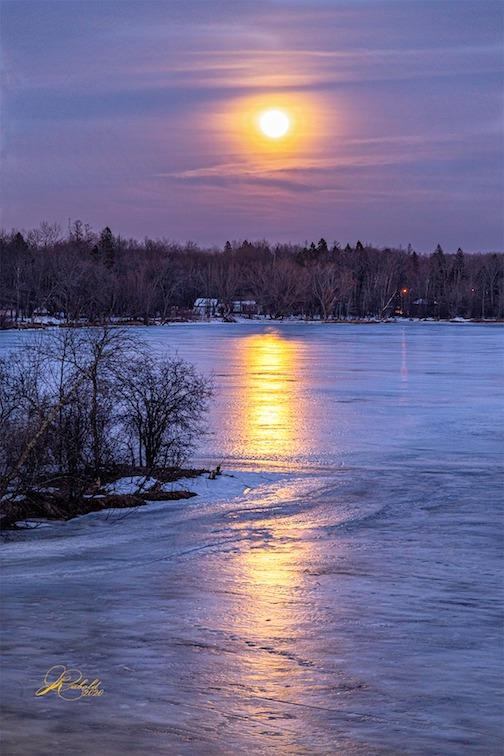 Moon over the St. Louis River in Fond du Lac by Jamie Rabold.

And check out these landscapes/seascapes. 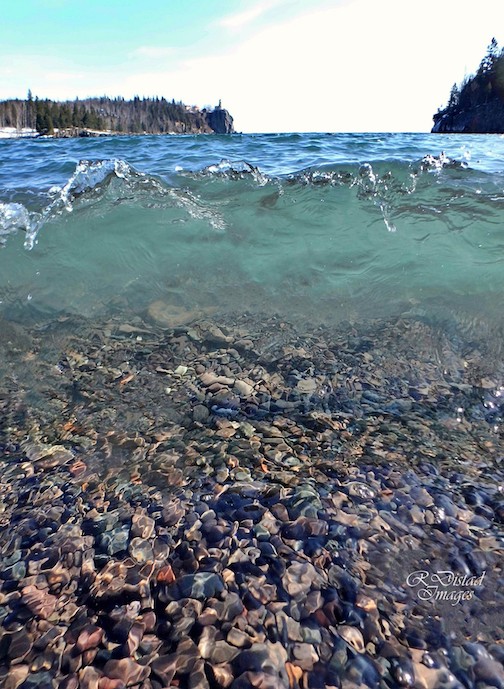 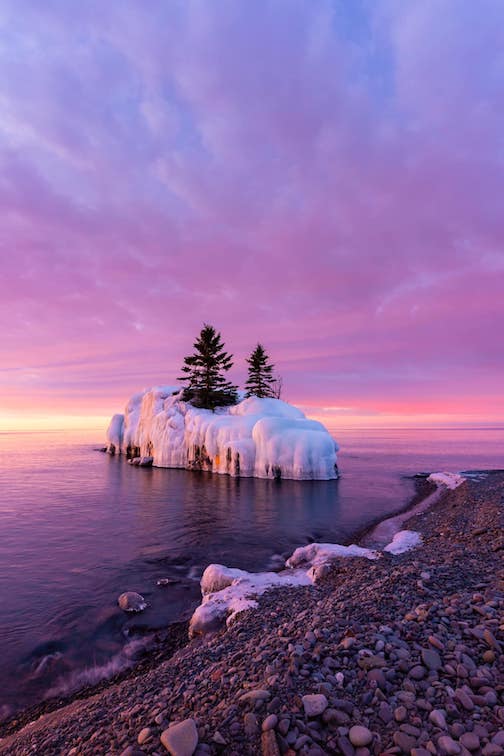 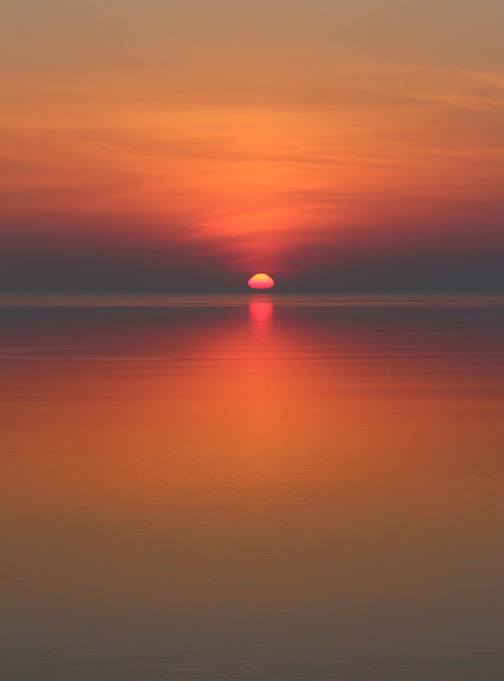 “No one rises suddenly in the world, not even the sun” by Wayne Ortloff. 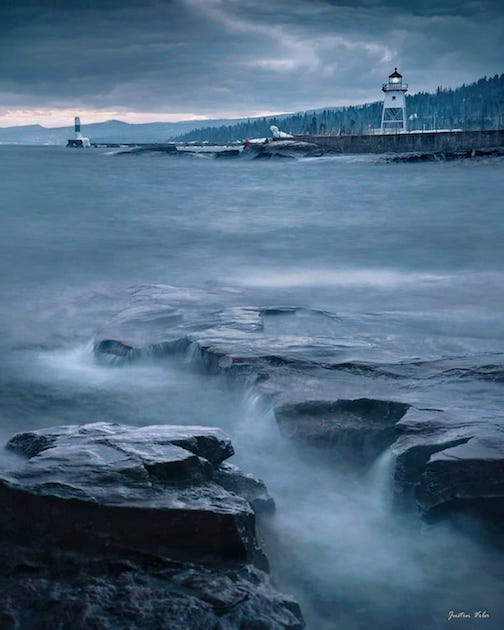 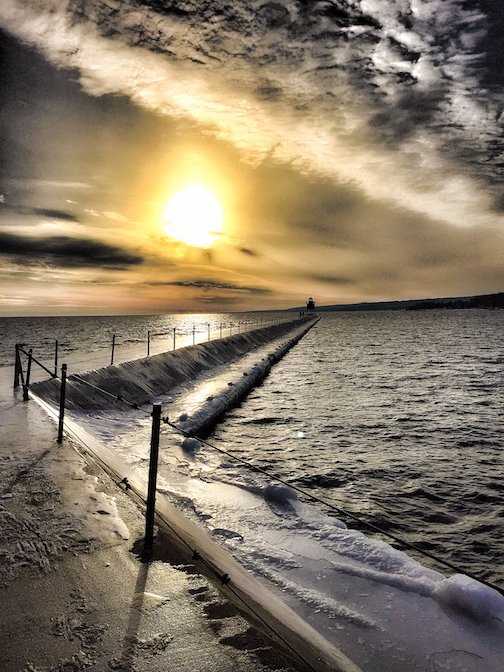 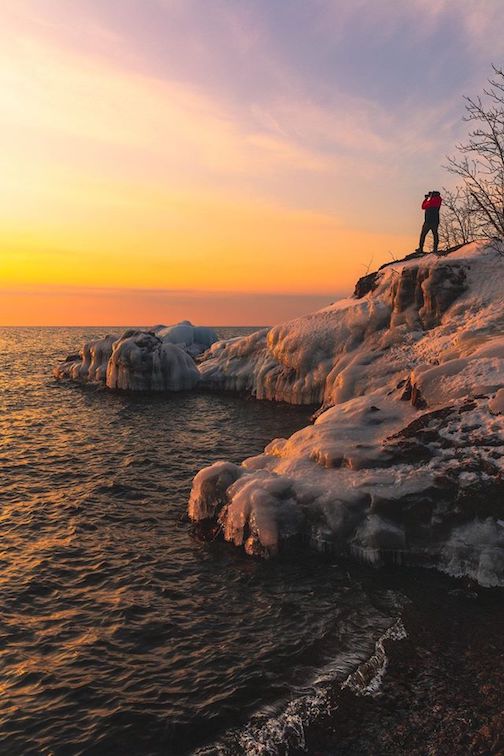 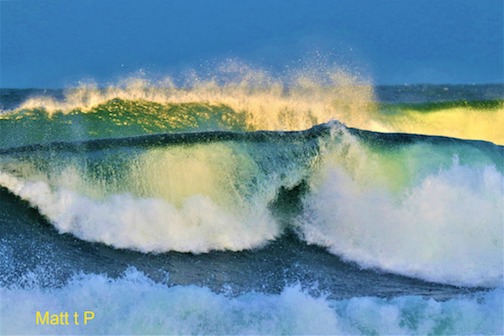 And then this, an “overscape.” 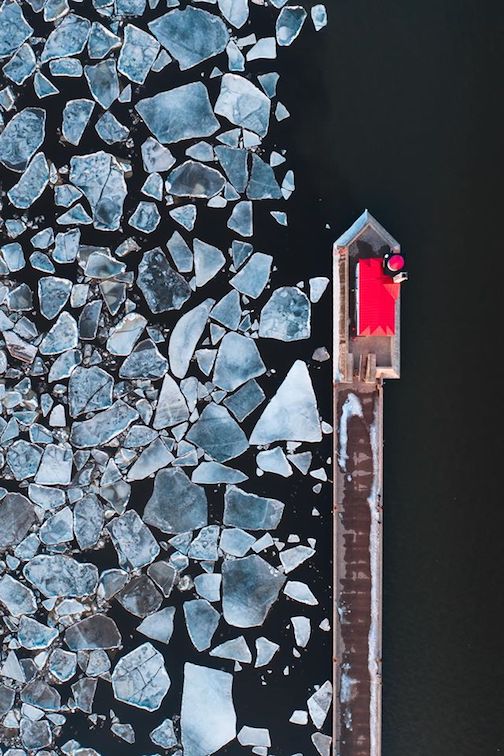 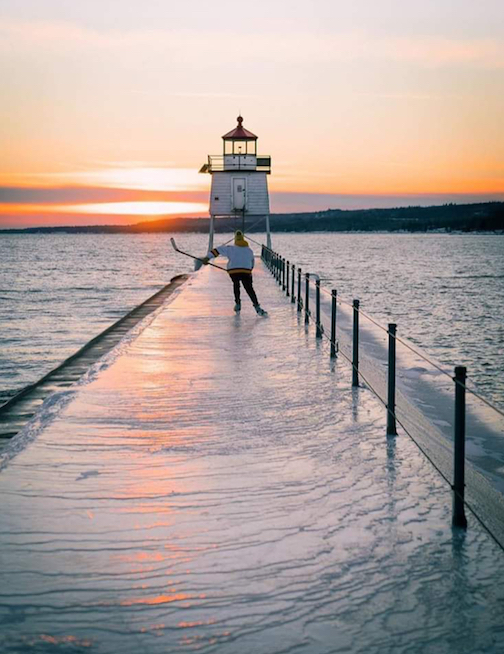 Only in Minnesota–skating down the breakwall in Two Harbors by Susanne Von Schroeder.

Have a great weekend, everyone!!